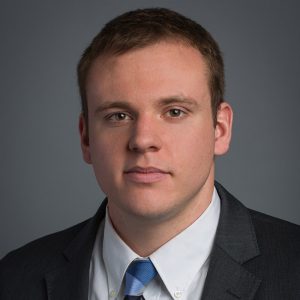 Jacob A. Gebelle is an associate in the firm’s Vandalia office. Jacob is passionate about gun ownership and values the right to use firearms for recreation and self-defense. During his youth, he shot competitively on a small caliber rifle team and on a trap shooting team in Northwestern Ohio. Jacob is still an avid target shooter and enjoys hunting in his free time.

Prior to joining the firm, Jacob clerked for the Honorable Thomas M. Rose at the United States District Court for the Southern District of Ohio, where he drafted bench memoranda and assisted in authoring several opinions.